This band has seen a lot of living and their nine CDs of original music reflect that.  The Renovators love nothing more than developing a song idea and collaborating.  The resulting lyrics and music are fun, funky, topical, reminiscent, but more importantly, well-crafted.  Songs about the power of love… the power of money, asking for truth, going to work, and coming home to the girl you thought you knew.  The styles are ubiquitous; rootsy-rock, blues, soul, swing, country, rhumba, funk… whatever makes the song happen.

From 1996 to present day, The Renovators have been producing original music that has been vetted by Lou Marini/Blues Brothers Band and featured on movie soundtracks.  Bob & his band have opened for musical celebrities such as Keb Mo, Marcia Ball, Soul Live, C.J. Chenier, Albert Lee and they have performed regularly in area concert venues and clubs across New England and New York. 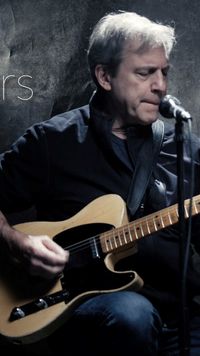 Being a self-taught guitarist since inheriting his grandfather's arch-top Gibson, Bob Rasero always had a keen interest in music and began playing in the NYC area club circuits.  Songwriting took on greater meaning as he enjoyed local success teaming up with rhythm section brothers, Al and Ted Hemberger plus high school buddy, the late Bob Mayo of Peter Frampton fame.  In the early 1990s, Bob and family migrated to Maine, and it wasn't long before he found his way to Portland clubs, meeting the musicians he still works with today.  Bob is the most prolific writer but encourages the other players to bring their ideas and to develop songs from even modest concepts. 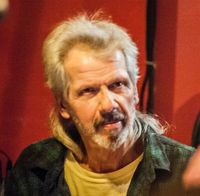 Mentored by his piano playing mother at the tender age of four (yes…four) followed by years of music education, it is no surprise keyboardist and Newport, RI native Robin Worthley plays as brilliantly and effortlessly as he does.  Robin found his way to Maine after years of touring the U.S. and Europe, backing up Little Willie John of “Fever” fame as well as James Montgomery, Bo Diddley and exclusively with RCA Artist (Little) Melvin Smith and "The Night Riders."  Robin’s rollicking piano and vast stylings impresses even the most discerning listeners.  He now lives in the western mountains of Maine, enjoying his musical life in his home studio and choosing projects with his favorite musicians. 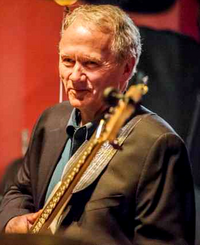 What can you say about a triple threat like Kent Allyn?  He plays bass and is the keeper of the chords, but he is also a superb pianist and guitarist.  Kent says his only real claim to fame is that he took piano lessons from Steven Tyler's grandmother, but whichever instrument he brings to the gig, the groove is gonna happen.  Kent has been making his living in music since 1976 in the NH/ME seacoast area.  Well known for his duties with Ben Baldwin & the Big Note for nearly 40 years, Kent has always been at the top of everybody’s call list for playing the right thing at the right time, but sometimes playing nothing at the right time! 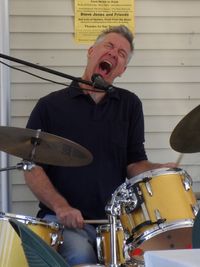 Drummer-vocalist Jeff Davison was baptized by the blues at age sixteen and following that pulse to Chicago led him to play on stages with Muddy Waters, Koko Taylor, Otis Rush & James Cotton.  After gigging at the institutional New Orleans Jazz & Heritage Festival and the storied Tipitina’s, Jeff’s bands were called upon to back icons Jimmy Johnson, Mighty Sam McClain, Tommy Ridgeley, Pinetop Perkins & other visiting soul men.  These experiences have honed Davison’s eclectic drumming and vocal skills, making him an important part of the local music heritage and The Renovators.